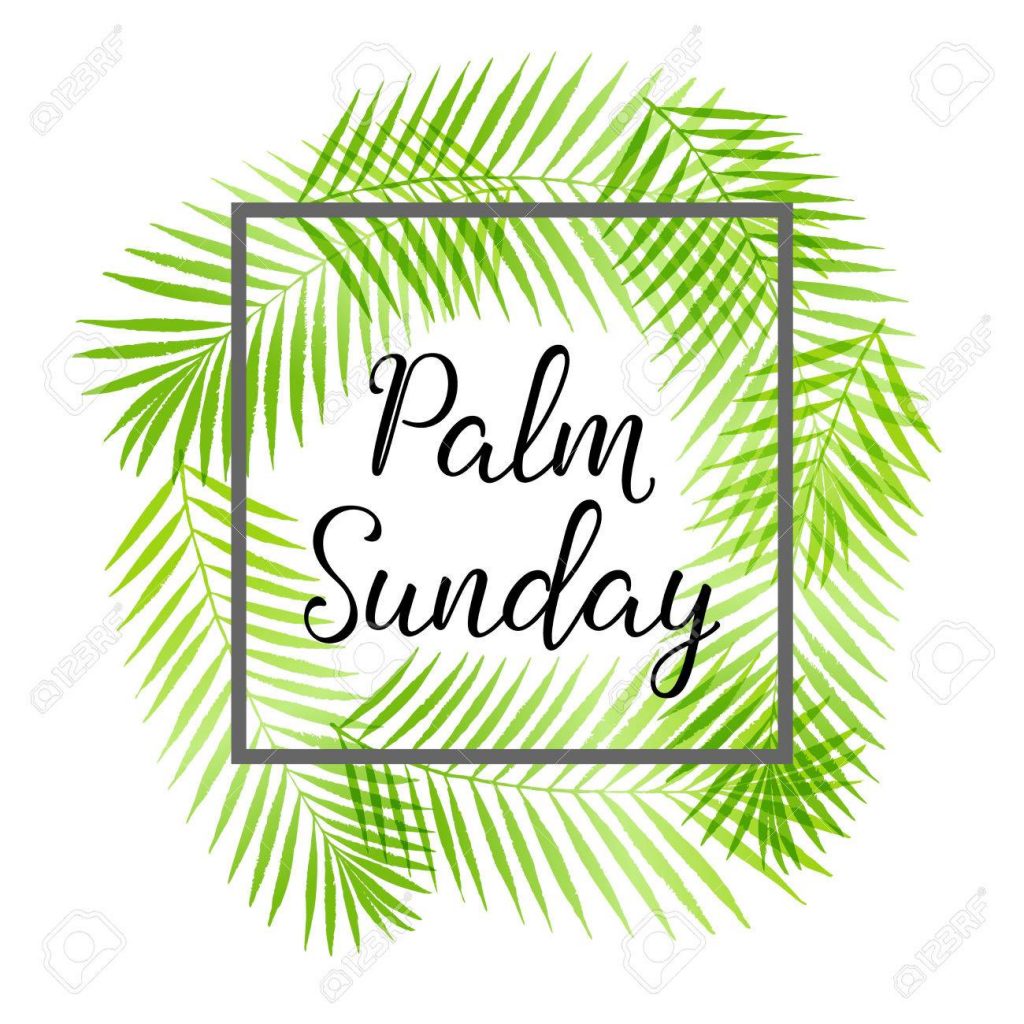 Palm Sunday is associated with Jesus’ triumphant entry into Jerusalem, with the crowds laying down palm leaves and shouting, “Hosannah”.

Yet less than a week later we are told the people were demanding his crucifixion. How can this be?  This is part 1 of a 3-part series on Easter.

I titled this message (or rather my Inner Lord did),  “The Courage to Confront Challenge”.

The title points to two things:

The Gospel of Mark is perhaps the most trustworthy one, as it is the earliest written (only 40 years after Jesus’ time), and the shortest.  Mark devotes 5 chapters to the Easter story, chapters 11-16, even without the misleading section tacked on the end of chapter 16 at a much later date.

The story really starts in the previous chapter, 10:46, as Jesus and the disciples “and a large crowd” were approaching Jerusalem, and had reached Jericho.  According to Mark, a blind beggar was sitting by the roadside (Matthew’s Gospel says 2 beggars!), and when he heard that Jesus was approaching, he shouted out, “Jesus, son of David, have mercy on me!”  The crowd tried to shush him, but he only shouted louder.

Why would Jesus’ supporters want to hush him?  Because he was crying out “Son of David”, naming Jesus as the hereditary King of Israel, a cry of sedition which would get Jesus crucified.  Jesus called him over, and he said, “Rabbi, let me see again”, and he regained his sight. Jesus said, as he often did, “Your faith has made you well”. The beggar then “followed Jesus on the way”, perhaps a pun on The Way?

The Jews of Israel had been waiting for a special leader to overthrow the Romans who ruled over their country, and also to restore the Temple to its traditional Levite or “sons of Aaron” leaders. The true Temple leaders had fled or been banished or killed, first by the Greek invaders, and later by the Romans.  That’s why Jesus was so critical of the Temple leaders – he knew they were imposters, puppets installed by the Romans.    Like many researchers, I believe he trained in Egypt under the hereditary Aaronite priests who had fled there and established a second temple.

Messiah meant “chosen one, anointed to fill a special role”. In Jesus, the Jews had a descendent of David on his father’s side, and a descendant of Aaron on his mother’s side.  So he was a double candidate, for King of Israel, and for spiritual leader, High Priest, too.

Its possible that Jesus was trained to fill both roles, but according to the Gospel writers, it was the spiritual role that he was dedicated to. However, his Zealot followers wanted him to be the military leader and lead an uprising against the Romans, as his forebears the Macabees had done before his birth, and others had done during the years of his childhood.

Remember the disciple Simon was a Zealot, and cut off the ear of a soldier come to arrest Jesus.  Judas was also a Zealot, and thought he could force Jesus into making a stand in Jerusalem – after all, he had the crowds behind him, as proven on Palm Sunday.

So why did Jesus ride into Jerusalem on an ass?  One of the prophecies of the Prophet Zechariah 500 years earlier, when the Jews were being urged to return to Jerusalem from exile in Babylon, reads, “Jerusalem, your king comes to you triumphant and victorious, humble and riding on a donkey, on a colt, the foal of a donkey.”  Kings normally rode on camels or horses, not donkeys, so it is plain that Jesus was deliberately playing out the prophesy.

Jesus was acknowledging his role as Messiah and he knew that to do so would not be tolerated by the Temple leaders, as it would undermine their power, and also their income. Any hint of him being proclaimed King of Israel would lead to charges of sedition by the Romans, and and the punishment for undermining Roman power was crucifixion.

Yet he chose to ride on an ass to fulfil the prophecy, and the crowds, who had no doubt heard of this healer and doer of miracles, saw this as a sign, and rushed to welcome him with palm leaves and branches.  “Many people spread their cloaks on the road and others spread leafy branches that they had cut in the fields.”

The shout went up, “Hosannah” (used to express adoration, praise, or joy) – we would say “Hurray”.  “Blessed is the one who comes in the name of the Lord!  Blessed is the coming kingdom of our ancestor David!  Hosanna in the highest heaven!”

The crowd included his hundreds of followers who had witnessed his miracles of healing, and especially  the “raising” of Lazarus.  They were joined by crowds from Jerusalem who had heard the stories too.   Imagine the reaction of the Temple leaders, and the Roman soldiers…  I think they would have been saying, “Here comes trouble!”

The temple leaders were afraid to intervene because the crowds would turn angry: The Gospel of John explains:  The Pharisees then said to one another, “You see, you can do nothing.  Look, the world has gone after him!”.

I like the Latin phrase….  Nullius in verba – Take no one’s word for it.

I like that in Unity no one tells us what to believe.

The power of Easter is when we look at the stories metaphysically – when we ask, “What does this mean about me, today?”  After all, Jesus’ message was about the kingdom of God that is within us and around us.  He wasn’t selling the idea of himself as God – that arose much later.  He was teaching that we are all gods, all heirs to the kingdom of God in us.   In today’s language, he  would have us say, “I am a spiritual being having a human experience in a physical body”.  Its been said, “Matter is just a hiding place for Spirit!”

So our bodies are a hiding place for Spirit!!

When we look at Easter metaphysically, we find deeper meanings that we can use to bring greater meaning and satisfaction to our lives.

Jesus went knowingly into a situation that put his life at risk.  Why did he do that?  If he hadn’t done that, would we be glimpsing today his powerful message of our own divinity?   I think not.  We are the beneficiaries of his courage, his determination, his willingness to allow what he saw as his Father’s will.

Jesus symbolizes our Spiritual Understanding, our awareness of Spirit everywhere present, within all people and within each of us.  The key is in the word “Awareness” – unless we are AWARE of Spirit within us, we cannot choose to let it express through and as us.

This is Unity’s powerful message that the world needs right now:  that we are spiritual beings with direct contact to universal Spirit.  In other words any teaching that we can only have contact with God through a priest or a minister or anyone or anything else, is a direct undermining of Jesus’ message.

Jerusalem metaphysically is “place of peace”, and  so the story starts with our decision to move into a state of peace, “the peace that passes all understanding”.  These words started me on my spiritual search that lead to Unity, when I read them on the wall in my GP’s surgery.  “The peace that passes all understanding”, the peace that Jesus said he (as the Christ) would leave with us.  If we have peace of mind, then we can be open to loving relationships, and serenity in our everyday activities; we can give up worry and concern, and have faith in Divine Order and Divine Timing.

Charles Fillmore describes the crucifixion as “the crossing out in consciousness of errors that have become fixed states of mind”.  Our Good Friday meditation service is a powerful opportunity to release these, to “cross them out” of our consciousness.

So if this is about you and me:

The temple represents our 3-fold being, Spirit, soul and body.  The inner circle, Spirit, is that holy place that Dr Cady calls “the secret place”.   We can only enter it through the soul circle of thinking and feeling, so to do so we must release all negativity and keep our thoughts focussed inward to the Christ within.

Charles Fillmore writes that the High Priest is our I AM, so we need to keep these words holy, and only use them with Truth:  I AM whole and well, I AM loving and loved, I AM an expression of the Christ within me.

Turning away from the negativity of the outer world and staying centred and peaceful in every situation takes willpower, it takes determination, and it takes courage.   We probably will never be asked to put our life on the line to stand up for Truth, as Jesus did.  However, we will face many situations where we can choose to remain silent, or we can speak up for what we believe is right.

We can follow the example set by Jesus, and be open to inner guidance from within our own consciousness.  We can choose to have “the Courage to Confront Challenge”.  And we can hear our Inner Lord, and our higher thoughts and feelings, cheering as we do so: “Hosannah” – “Hurray!”